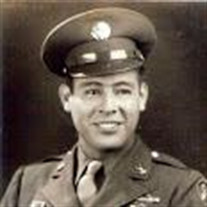 Obituary – Arturo Rueles Camacho Arturo Rueles Camacho, 93, passed away peacefully on Dec. 21, 2015 at his home in Ft. Worth. He was born in Ranger, Texas in February 1922 to Jose and Petra Camacho, and attended St. Rita Catholic School. He enlisted in the Army in February 1941, and during WWII, was stationed in the Pacific at Bataan. After the fall of Corregidor in April 1942, he was a Japanese POW until he was liberated in August 1945. In March 1947, he married Elisa Flores and lived in Ranger for most of his life, raising a family of six children. He graduated from Ranger Junior College, and worked as a mechanic until he was employed with the U. S. Postal Service, retiring in 1986. He was an active member with the local Lions Club, Rotary Club, Ranger VFD, Catholic Men’s Club, and the Knights of Columbus, where he was a Fourth Degree Sir Knight of the General Worth Marshall Assembly #1089. He also served as the President of the FW Chapter of the American Ex-Prisoners of War. Arturo and Elisa moved to Ft. Worth in 2006 and he continued to be active with the Knights of Columbus. He enjoyed swimming, fishing, and watching the Texas Rangers. He will be remembered for his devout patriotism, passion for the needy, sense of humor, and loving smile. He is survived by his wife of 68 years, Elisa (Flores) and his children: Daughters – Cecilia Villa and husband Arturo of Ft. Worth; Sylvia Herrington and husband Ed of Irving; Cynthia Meza and husband Mike of Lake Worth; Patricia Pittman and husband Del of Whitney; Martha Merrill of Ft. Worth; Son – Arturo Camacho and wife Robbie of Haltom City; Brother – Ramon Camacho of Odessa; 13 grandchildren and 13 great-grandchildren. A Rosary is scheduled for Monday evening, Dec. 28, 2015 at 7:00 p.m. at Lucas & Blessing Funeral Home at 518 SW Johnson Avenue in Burleson. The funeral Mass is scheduled for Tuesday, Dec. 29, 2015 at 10:00 a.m. at St. Bartholomew Catholic Church at 3601 Altamesa Blvd. with a gravesite service to follow the same Tuesday at 2:00 p.m. at DFW National Cemetery, 2000 Mountain Creek Parkway, Dallas, Texas. In lieu of flowers, the family requests that donations be made to the Knights of Columbus – James Gallagher Assembly 3222.

The family of Arturo Rueles Camacho created this Life Tributes page to make it easy to share your memories.

Send flowers to the Camacho family.