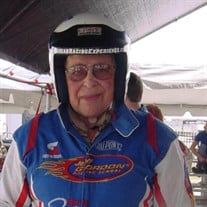 Charles LaDon Rickard passed from this life April 12, 2022 in Cleburne, Texas. He lived for many years in Crowley. He was born December 24, 1937 in Wynnewood, Oklahoma to O.C. and Loye Dale (Ashby) Rickard, the oldest of 3 children. He spent his early childhood in the Davis/Sulphur area of Oklahoma until the family moved to the Texas panhandle, winding up in Perryton. He graduated from Perryton High School and worked as a mechanic in his father’s shop, Perryton Safety Lane, as well as a dispatcher for the local police department. He married Carolyn Jean Barnes on March 6, 1959 and they had 2 daughters. Charles served in the Army and was stationed at Fort Polk Louisiana in 1961 during the Cuban Missile Crisis. The family settled in Fort Worth where Charles joined the Police Department on October 7, 1965. He worked for the FWPD until his retirement, April 30, 1993. He served in many roles with the department including street patrol, training officer, the early SWAT team, and a detective. He was always proud of his work with the department. He and Jeanie divorced in the mid 60’s and he was a bachelor until marrying Anita Joyce Essary on April 7, 1977. She brought her son, David into the union. After retiring from the P.D., he and Joyce made a motorcycle trip to Alaska over a 3-month period. It was a trip they would never forget. They made motorcycle adventures every summer with the Cal-Tex Riders for over 35 years, even when no longer able to go on the bike, they would attend and help out wherever they could. He went back to work at a pawn shop in Denton owned by a friend that would later become a Cash America branch. He worked there for another 20 years. He liked the work and knew a lot about all the different merchandise. Charles and Joyce were both active in the TMPA and the Lost Chords Club. They were both members and supporters of Kopperl Baptist Church. Charles was preceded in death by his parents and his precious wife, Joyce. He is survived by his daughters, Beth Trotter and husband, David and Hope Powell and husband, Bill both of Birch Tree, MO; son, David Hoggard and wife, Candace; grandchildren, Krystal Greer and Meaghan Trotter of Birch Tree, MO, Katy Utz and husband, Phillip of Crowley, and Clinton Hoggard and wife, Lindsey of Fort Worth; brother, Tom Rickard and wife, Jan of Asher, OK and sister, Brenda Griffin of Perryton, TX; and 5 great-grandchildren, Skylar Leonard of West Monroe, LA, Reagan Doggett of Birch Tree, MO, Khloe Trotter of Birch Tree, MO, and Levi and Sawyer Utz of Crowley, TX. He will be missed by all his family and friends.

Charles LaDon Rickard passed from this life April 12, 2022 in Cleburne, Texas. He lived for many years in Crowley. He was born December 24, 1937 in Wynnewood, Oklahoma to O.C. and Loye Dale (Ashby) Rickard, the oldest of 3 children. He spent... View Obituary & Service Information

The family of Charles L. Rickard created this Life Tributes page to make it easy to share your memories.

Send flowers to the Rickard family.