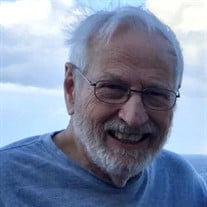 James Kenneth Cox died March 6,2022 in Burleson, Texas. He was born October 30, 1933 in Estelline, Texas to Millard Lee Cox and Ida Vera (Bentley) Cox. He graduated from Fort Davis High school in 1952. After graduating High school, he served in the United States Army in Korea until 1956. He graduated from West Texas State University in Canyon, Texas in 1959 with a CPA and bank auditor degree. Kenneth went to work at First National Bank in Amarillo where he was a Vice President, CPA and controller. He married Mary Colvin in 1961 in Amarillo, Texas. They had three children: daughter, Karol Cox Cargill and husband, Johnny (JD) of Willis, Texas, son Kevin Cox and wife, Teresa of Amarillo, Texas, and son, Kerry Cox and wife, Melinda of Pearland, Texas James was preceded in death by his parents and his first wife, Mary. He is survived by his wife, Joan Greer of Burleson, Texas; three children, Karol, Kevin and Kerry; sister, Mary Anne Cox Jarratt of Fort Davis, Texas; eight grandchildren; and two great-grandchildren. He was a loving family man, had a passion for buying/selling/trading guns, knives, coins and other collectibles and was one heck of an RV driver. He loved his Dallas Cowboys and will be sorely missed by all of us.

Click here for a livestream of the service: http://fumcburleson.org/live

Send flowers to the Cox family.