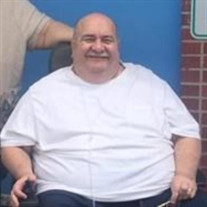 James R. “Rusty” Fair, 68, of Burleson, passed away Saturday, March 14. Rusty was born June 19, 1951, in Cleburne to Carl and Nina Fair. He grew up in Burleson, and graduated from Burleson High School in 1969. While attending college he met his soul mate and the love of his life Kay. They were married in 1971, and enjoyed 48 years of marriage. He earned an Associate’s Degree in Electronics from TCJC. Rusty worked for over 30 years in Telecom/Manufacturing, where he became an Engineering Manager. Rusty joined the Burleson Volunteer Fire Department where he later became the training officer. He was awarded the Fireman of the Year in 1983. He loved his community and being a community servant. He loved his wife, sons and daughters-in-law, and grandchildren more than anything in the world. Rusty enjoyed watching the Dallas Cowboys (when Tom Landry was coach) and the Texas Rangers. He was an avid fisherman, an artist, loved to cook, and enjoyed playing baseball, as well as bowling. He was preceded in death by his son Scott M. Fair, and his father, Carl H. Fair. Rusty is survived by his wife Kay Fair; his son, Bryan R. Fair and wife, Paula; daughter-in-law, Kim Fair; grandchildren, Wyatt Fair and Lacy Hart Fair; mother, Nina B. Fair; brothers, David C. Fair and wife, Linda and Phillip D. Fair and wife, Michelle; sister, Louise Cole and husband, Robert; many lifelong friends, and nieces, nephews, and extended family.

The family of James "Rusty" Fair created this Life Tributes page to make it easy to share your memories.

Send flowers to the Fair family.