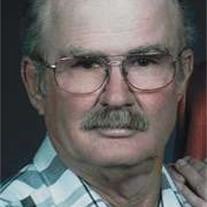 Memorials: In honor of John's memory, donations may be made to Texas Scottish Rite Hospital in Dallas. John was born Aug. 9, 1943, in Fort Worth to J.E. and Velma Mae Dugan. He attended Polytechnic High School and Texas A&M University where he was a member of the Corps of Cadets. He was married to Beverly Leito on May 4, 1964. He worked as an engineer at Brown and Root in Glen Rose and River Bend in St. Francisville, La. He was an avid sportsman and loved hunting trips with family and friends. John was an expert in artillery and took pride in his collection of rifles and guns. He was a Civil War enthusiast who loved sharing stories about the great battles and leaders of the era and he enjoyed watching John Wayne movies and giving impersonations of the "Duke." Among John's hobbies was wine making, much to the delight of his wife, friends and family, and he had recently completed vinification for bottling this month. He was a devoted family man and friend with a tender heart who graciously loved and allowed others to be true to who they were. His devotion was apparent in the way his eyes swelled with tears of delight as he talked about his loved ones. John was a unique man with a great sense of humor and brought much laughter to those who knew him. He was an eager listener and storyteller and could always find common interest to share with others. John was an incredibly intelligent man and remarkable teacher who believed in inspiring others to learn as he fervently shared his knowledge. He insured that his legacy was carried on by instilling his passion in his children and grandchildren. John was preceded in death by his parents, J.E. Dugan and Velma Mae Dugan, and a grandson, Justin Levi Dugan. Survivors: Wife, Beverly Dugan; son, John L. Dugan and Austin Burch; daughters, Julie McCurley and husband, Randy, and April Archie and husband, Aaron; grandsons, Alex, Jeremy, Trey, Jordan, Stephen and Christopher; granddaughter, Peyton; brother, William "Bill" Dugan; sister, Betty Ann Dugan; and lifelong best friend, Steve Bone. He will be greatly missed by his dog and constant companion, Mitzi.

Memorials: In honor of John's memory, donations may be made to Texas Scottish Rite Hospital in Dallas. John was born Aug. 9, 1943, in Fort Worth to J.E. and Velma Mae Dugan. He attended Polytechnic High School and Texas A&M University where... View Obituary & Service Information

The family of John Dugan created this Life Tributes page to make it easy to share your memories.

Memorials: In honor of John&#39;s memory, donations may be made to...

Send flowers to the Dugan family.