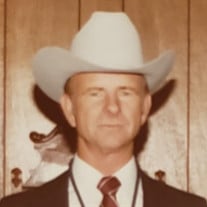 Loyce ‘Elton’ White passed away at the age of 85 on 12/13/2021. Services to be held at Bethesda Baptist Church on January,15 at 11:30 with a reception lunch to follow. Elton was born to Autry and Meda White on 5/29/1936 in the family home located in Bee House, Texas. Growing up during the recovery from the great depression and in the aftermath of the dust bowl, helped to shape Elton’s impeccable work ethic and willingness to lend a hand to those in need. He had four siblings, Bettye, Dale, Annita and Gloria. Elton often laughed when he spoke of being ‘kept in line’ by his sisters. Any time the siblings were together, it was evident that they had a strong love for each other and a bond that would form the foundation upon which Elton would later build his own family. While attending Brewer High School in the mid 1950’s he made a decision that would set a course for the rest of his life. Elton made a relentless effort to get the attention of Melba Ruth Sherwood. After her multiple rebukes, his diligence paid off. She has always claimed that she only said ‘yes’ so that he would leave her alone. They were married on December, 6th 1956 and had just celebrated 65 years together when he passed away. Melba and Elton raised 3 children, Su, Lee & Cindy. Elton served 17 years in the Texas National Guard earning the rank of E6 Staff Sergeant. He was called into active duty in 1961 with the 49th Armored Division. While on active duty he participated in ‘Operation Iron Dragon’ testing ‘Honest John’ missiles that had nuclear capability. Elton was also very proud of his 43 years as a Freemason and his affiliation with the Burleson Masonic lodge (649) becoming Past Master in 1985. It is unclear whether the ideas of the freemasons fit into his already developed sense of duty or if those ideas helped to shape the man he became. Either way, he lived with an unspoken obligation to honor and respect those around him. When he designed his Mason’s ring he included images that define who he was. The square and compass represent morality and the need to square one's actions and wisely conduct oneself within the realms of moral behavior. He also included an image of the trowel to symbolize helping others through spreading brotherly love. Finally he added the symbol of the plumb line, reminding him to judge others by their standards while always maintaining his own. Elton was an avid outdoorsman and took his family camping, fishing or hunting every opportunity he had. Teaching them about nature was his way of bonding with his children and grandchildren. He had the soul of an adventurer, never turning down an opportunity to explore. In 1975 he moved his family to Alaska. While there he and a friend got into some trouble after getting off course their small plane was flipped over and the two were stranded in the Alaskan wilderness without adequate clothing or food. After 8 days and just before being rescued, Elton was able to shoot a large Moose who’s horns still hang in the family living room. The stories he told of his Alaskan adventures have become some of the family’s favorites. He was a soft spoken man of few words, though when he did speak up everyone listened because he had taken the time to analyze the situation and everyone knew his input would be valuable. Elton was an ‘old school’ businessman, often making agreements by shaking hands. He never lost faith in the idea that most people are good and honest, even when others did not live up to their end of that hand shake. He was a forgiving man who gave others more chances than they deserved, forgoing anger, resentment or judgement and instead encouraging and believing that others would actively seek to make better choices. Elton rarely met a stranger as he seemed to always find common ground with everyone he encountered. He was genuinely interested in the stories and lives of others, always pointing out the positives. Just being near him made many want to be the best versions of themselves. They do not make many men like Elton anymore and those of us who were lucky enough to call him family or friend will mourn his loss and celebrate the time we had with him. After a long battle with dementia, Elton passed away peacefully with family by his side and holding the hand of Melba, that girl he chased in High School all those years ago. Loyce Elton White was preceded in death by his parents, Autry and Meda White, his brother Dale White and his sister Annita LaMaster. Elton is survived by his wife of 65 years, Melba White, his children Su Hunt of Stewart Oklahoma, Lee White and wife Tracie of Fruita Colorado, Cindy McGuire and husband Melvin of Burleson Texas, sisters Bettye Goforth of Dallas Texas and Gloria Baggett of Fort Worth Texas, as well as 6 granddaughters and 10 great grandchildren.

The family of Loyce Elton White created this Life Tributes page to make it easy to share your memories.

Send flowers to the White family.