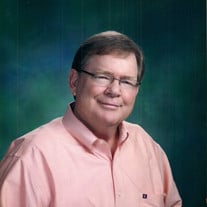 Philo was born to loving parents and raised mostly in Ft Worth with older (louder!) sisters Margie and Connie whom he loved to tease. He graduated from Arlington Heights in and moved on to North Texas State University where he got a BS in Secondary Education. More importantly he met “the love of his life” Diana. He said that he got a ‘scholarship’ called “working on the freight docks.” He was a cheerleader and KA while at NTSU. He and Diana married and he was drafted into the Army while in graduate school and expecting the birth of Philo III. The family moved to Germany for 17 months to serve the Army. Diana returned home in to give birth to Preston. Philo returned shortly and resumed his education with a MS in Early American History. His first teaching job was in Slidell, TX where he taught 5, 6th, and 9th grade science, 10th grade biology, 11th grade world history, coached basketball, and drove a school bus. His family lived in a trailer on school grounds where he also served as campus guard. In 1973 the family moved to Burleson, TX where he taught history at BHS. He was also the cheerleader sponsor and served as student activities director. He loved and was loved by his students. He once even loaned his car to students to take to prom. To make ends meet along the way he and Diana painted houses during the summer and he served in the Army Reserves. He later worked summers as a park ranger for the Corps of Engineers. He briefly left education and sold insurance for Aetna for over 5 years. He then returned to his calling, education, and taught a semester at Hughes Middle School. From there he moved into administration as an Assistant Principal at Worley Middle School in Mansfield. He was also an Asst. Principal at Joshua HS then Principal at Itasca HS, and 9th Grade Principal in Denison. Then he was named principal at Layne Elementary in Denison where he led the school to being named a Texas Successful School. He returned to work again in Burleson as the principal at Stribling Elementary. He was asked to be the inaugural principal at Brock Elementary. He retired from there in 2013 but also later served as a consultant for BISD and Mansfield. Philo served as President of the Burleson Lions Club, Burleson Band Boosters, and BARSEA. He volunteered as a little league coach and Kingswood UMC board member. He drove kids to camp and helped with vision and hearing screenings for children. Philo enjoyed telling jokes and stories and having fun and wanted the people around him to have fun. He was proud of his career in education. He never knew a stranger. He was an Elvis fan and loved John Wayne movies and a good hamburger. Most of all he loved his family and was proud of his sons, grandchildren, and especially his wife Diana.

Philo was born to loving parents and raised mostly in Ft Worth with older (louder!) sisters Margie and Connie whom he loved to tease. He graduated from Arlington Heights in and moved on to North Texas State University where he got a BS... View Obituary & Service Information

The family of Philo W. Waters, Jr created this Life Tributes page to make it easy to share your memories.

Philo was born to loving parents and raised mostly in Ft Worth...

Send flowers to the Waters family.