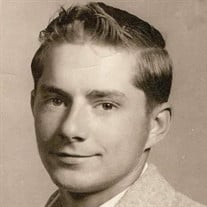 Ray Thomas Hubbard, 79, died Wednesday, January 20th, 2021, in Burleson, TX, with his wife by his side. There will be no public services at this time, per his request. Ray was born on April 13, 1941, to Oscar and Lenice Hubbard in Minco, OK, joining his siblings, Wallace and Donna. The family eventually settled in El Reno, OK, where he attended Lincoln Elementary School, Etta Dale Junior High School, and El Reno High School. Following high school, Ray joined the U. S. Air Force, serving in Okinawa, Japan, and Charleston, South Carolina. While in Japan, Ray earned a black belt in judo which was presented to him by the leading member of the Japanese team. He considered this one of his proudest moments. He spoke fondly of his years in Japan, and believed they changed the course of his life for the better. After his military tour, Ray returned to El Reno where he met and married his wife of thirty-six years, Nyna Faye Myers. Together they had two children, Eric and Amanda. He considered the birth of his children his happiest moments. During this time he completed four years in training and apprenticeship with the Rock Island Railroad to become a locomotive electrician. He also joined the Masonic Order and served as Grand Marshall. Ray and Nyna settled in Burleson, TX, where he remained for the rest of his life. In 2001, Ray lost Nyna after a lengthy battle with breast cancer. He continued his long career with the Union Pacific Railroad, retiring in 2003. Ray had always been a Model “A” Ford enthusiast and became actively involved with the Fort Worth Model “A” Ford Club. This enthusiasm and participation in the club led him to many like-minded friends. In 2008, Ray was reacquainted with Christie Seely who was also from El Reno, OK. Neither one of them thought they would ever remarry, but did marry six months later. Together they created a blended family, welcoming each other’s children as their own. With Christie, Ray gained a daughter in Stephanie Stout and two grandchildren. Ray will be remembered fondly as a doting husband, father, grandfather and friend. He was warm and kind and never met a stranger. He had a quick wit and loved to make people laugh. He showered his loved ones with gifts and affection. During the record summer heat of 2011, he surprised his very pregnant daughter-in-law with a new air conditioner. He was rarely seen without wearing his blue jean overalls, except for when taking his family out for dinner and other special occasions. He never encountered a vacuum cleaner or Model “A” Ford he didn’t want to fix. In fact, he could fix anything. When his granddaughter, Evelyn, was two years old, she would say, “Papa fix it,” when anything broke. Finally, Ray wanted to be remembered simply as, “Ray, a good man,” and he always will be. Ray was preceded in death by his parents, his first wife, and his sister. He is survived by his wife, Christie Seely Hubbard, his son, Eric, his wife Emily and their children, Evelyn and Sofia, his daughter, Amanda Ackerly and her wife Sasha, his daughter, Stephanie Stout, her partner, Tom Martin, and their children Christina and Daniel, and many other Hubbard, Myers, and Seely family members and friends. Expressions of sympathy may be made to Ray’s favorite charity, St. Jude’s, or in any other way you wish. The family hopes you will follow all Covid-19 guidelines and wear your masks, social distance, and please wash your hands.

Ray Thomas Hubbard, 79, died Wednesday, January 20th, 2021, in Burleson, TX, with his wife by his side. There will be no public services at this time, per his request. Ray was born on April 13, 1941, to Oscar and Lenice Hubbard in Minco, OK,... View Obituary & Service Information

The family of Ray Thomas Hubbard created this Life Tributes page to make it easy to share your memories.

Send flowers to the Hubbard family.