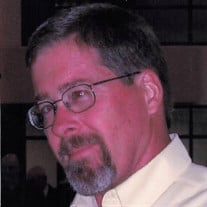 Ricky Joe Stiles, 66, passed away Thursday, March 17, 2022 at 4:18 at home in Burleson, Texas. A visitation will be held from 5:00 to 7:00pm, Tuesday, March 22, 2022 at Lucas & Blessing Funeral Home, 518 SW Johnson Ave., in Burleson. The funeral service will be held at 1:00pm, Wednesday, March 23, 2022 at Lucas & Blessing Funeral Home. Burial will follow at Laurel Land Memorial Park in Ft. Worth. A native Texan, he was born June 16, 1955 in Fort Worth at Harris Hospital downtown to John and Jean (Walker) Stiles. Rick grew up in Fort Worth, and he graduated from Pascal High School in 1974. After high school, Rick attended Tarrant County Junior College. In his early years the worked for a Montgomery Wards with his father. Later he worked for a printing company in downtown Fort Worth as well as Tandy Wire and Cable. He worked for Ben Hogan golf company in various positions for years until the company moved from the state. After that, he worked for Electrocom, where they made postal sorting equipment. While living in Crowley he spent a term on the Environmental Safety Board. He attended Superior Training Services and learned to drive 18 wheelers. He then began driving for Fort Worth Carrier Corp. hauling for Dillard’s, again working with his father. Finally, he was hired at Alcon and held various positions and later retired in May 2014 as a driver. While waiting for Loren to retire, he kept busy by driving for Gardner Trucking. Rick married Loren Ann Welborn in 1981 in Fort Worth, and they were happily married for 40 years. He was a faithful member of the Church of Christ. He enjoyed motorcycling as a single man. After he and Loren were married, they enjoyed camping, boating, and traveling. Their travels took them as close as Granbury for an overnight stay, to distant lands for their special anniversaries: Hawaii, cruising the inside passage of Alaska, and an eastern Mediterranean Sea cruise with several stops in Italy and Spain. They started motorcycling and took all types of trips. Some by themselves and others with a large group of friends. They were charter members of the Stamped Harley Owners Groups. Some trips were as short as a few hours to the next town for breakfast and the longest was an 11-day 3,100-mile trip to the Grand Canyon. And as we all know; Rick’s favorite was to share a meal with family and friends. Rick was preceded in death by his parents. Rick is survived by his wife, Loren; sister, Lisa Lemons and husband, Mark; father and mother-in-law, Ray and Judith Welborn; brother and sisters-in-law, Randy and Debra Welborn and Amy Austen; nieces and nephews, Chris Lemons, Caitlin Lachney and husband, Patrick, Megan Welborn, Jennifer Weaver and husband, Zack, Zari Moore and husband, Freedom, and Tailey, Hannah, and Abigail Knoesel; and finally, great-nephew, Ivan Moore. In lieu of flowers, the family requests that you please help a family member, friend, acquaintance or stranger in need within the next few days, weeks or months. The family wishes to extend their gratitude to Community Hospice of Texas, Cleburne for all of the care they provided.

The family of Ricky Joe Stiles created this Life Tributes page to make it easy to share your memories.

Send flowers to the Stiles family.