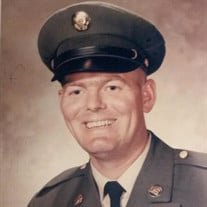 “Well done, good and faithful servant…” Terry H. Slotsve, born May 23, 1946, went Home to be with the Lord on January 18, 2022. Terry’s first love was FAMILY—wife, children and grandchildren. He thoroughly enjoyed family events—our weekly Sunday night dinners, birthday celebrations, holiday celebrations, sporting events, musical events, Boy Scout events—for his children and grandchildren. Terry married Pamela Powell in 1966 and they celebrated their 55th wedding anniversary in June of 2021. Terry raised the bar on marriage, parenting and grandparenting. Terry might be sitting in a chair reading a newspaper and a grandchild would crawl up in his lap and Terry would read to the child who was nestled in the crook of his arm. After graduating from college with a Bachelor of Science Degree in Accounting and a Master of Science Degree in Accounting, Terry was called to serve in the US Army for 2 ½ years, stationed at Fort Ord, California, and later in Germany. Terry took great pride in his service. He enjoyed going to Veteran’s Day lunches held at the schools of our grandchildren. Terry worked in public accounting for 20 years in North Dakota and in Arizona prior to opening his private tax practice in Texas which he enjoyed for the past 30 years. Terry kept postponing retirement with “just one more year”. Ironically, his retirement notifications were postmarked and received hours and/or days AFTER his passing. It appears he won the retirement battle since he did not officially retire before passing. That made all of us shake our heads and smile! Terry was an active and dedicated member of Kiwanis for over 50 years and served as Lt. Governor and President and Treasurer and Secretary and Board member over the years in the Texas Oklahoma District Kiwanis Club. For many years he coordinated the Cowtown Classic Bike Ride where the donations went to various charities and organizations. He was also a lifetime member of the American Legion for over 50 years. He was active in church wherever he resided. After several months at home on Hospice, Terry fought the fight and finished the race while through it all, he kept the faith… Never a complaint and always a smile, he was an amazing man. Terry’s passing is a win for heaven but a huge loss for his family, his friends and his clients. We will miss him for forEVER and we will miss him for ALWAYS. Due to COVID, a private memorial service will be held at St. Matthew’s Lutheran Church on Wednesday, January 26 at 2:00 PM. The service will be live streamed and we will post the link as soon as it is available. In lieu of flowers, take your spouse or partner to dinner, your kids to a ballgame or movie, and play cards or work puzzles with your grandkids.

Send flowers to the Slotsve family.